Nothing feels like a Mizuno they say. That's somewhat true to this day and it's the reason Mizuno are still some of the best irons for mid to high handicapper golfers in the world.

The best range currently for mid to high handicapper golfers are the Mizuno JPX 921 Hot Metals. 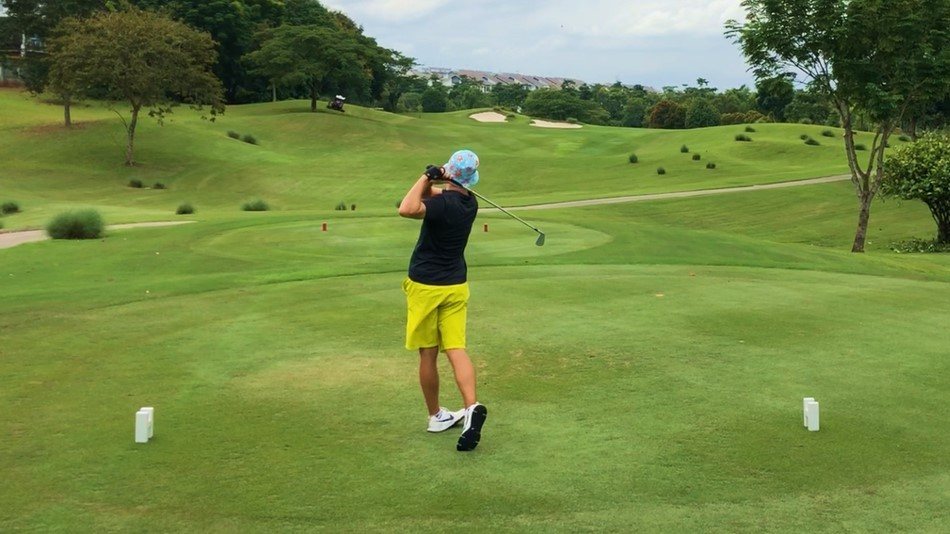 Should I play Mizuno?

Keep in mind that Mizuno are not as big on making their lofts much stronger like a lot of manufacturers. You might think you're losing distance, but you're merely using higher loft for the same number iron as your buddies.

I found this out when I started playing again with my Mizuno MP33 irons about 3 years ago. Everyone was hitting 8 iron when I was hitting a 6 or 7. I never realized that the lofts had decreased by 4-6 degrees on any given club! If your handicap is over 16 and you want to get the dispersion a bit tighter when approaching greens, the Hot Metals are a forgiving and high flying option.

The perimeter weighting hold a toe bias to help increase ball speeds on off center hits, but help to keep the ball online. This is going to be the biggest difference for someone upgrading from an old set of irons to something produced in the last 3-4 years.

Technology in modern irons has optimized lofts and launch angles plus increased ball speeds to assist you in launching the ball higher with less loft, while tightening dispersion of the shots left and right.

The soles of these irons get progressively thicker as your iron gets longer. That is where the irons fall short but for most high handicappers, I suggest a 5 and 4 hybrid or driving iron instead of the longer irons.

Thicker soles on the 4 or 5 iron in this set will be GREAT off the tee, but from a tight fairway, I think most high handicappers will struggle to get it airborne. Keep that in mind as you will more than likely be using the long irons mainly on short par 4's or par 3's anyway. You could go for a set of Mizunos from 6 iron to wedge.

Mizuno Hot Metals are not forged clubs so the feeling is not going to be buttery. This is not really an issue if you're not striking the center of the face as much. The cast Hot Metals will give you that softer feeling on those mishits instead as the perimeter weighting forces more speed into the strike across the face. The feel of a forged iron is quite different to a cast iron. Cast, deep cavity backed irons are often incredibly forgiving to the point where you may barely notice you mis-hit an iron.

With forged irons, you'll feel it in your hands more when you hit it poorly. But if you, like I did, find that you actually hit the sweet spot well enough, these MMC irons will give you that added consistency in distance control.

This is a tough recommendation but I would suggest if you're a mid handicapper more toward the 9-14 range, this is the club for you. You'll need to have a pretty consistent strike and be comfortable with smaller faces on the clubs.

While the cast irons are always going to be marketed as fast and long clubs with hot club faces, the MP20 style of iron is much softer and more consistent with improved feeling off the club face.

Where you'll notice a MASSIVE difference in performance is around the greens. Your chipping with an MP20 short iron, will be far more consistent than the hot faces of the cavity back, cast clubs. There's much less "spring" off the faces of a forged MP20 MMC.

The MP20 MMC is labeled as an elite cavity back so it's not like this is a blade iron for only advanced players. It's a step up from the cavity backs and one step behind a muscle back. This is really the best of both worlds and the irons will last you well into the low handicap.

Check out the MP18 as well
Check lowest price

Older but recent model - nothing wrong with this! These JPX 850 Forged irons are a great value buy that will be in your bag for years. The reason I put them on this list is because the improvements on the current models, while evident, are not so extreme as to rule out using a prior model iron.

The 850 came before the 900's, the 919's and the 921's. As they are forged, the clubs are able to be bent to your specs easily. It's the traditional Mizuno shape and feel in a very budget friendly package.

I'm a big fan of purchasing clubs that are 3-4 models old. That's easy to do with Mizuno because you'll squeeze out great performance from any of their iron models going back 30 years.

If you're looking for long, accurate forged irons, these will do well for you.

Look for blended sets where they combine the more advanced irons in the short irons with the easier to hit higher handicap clubs in the long irons. While these are not the best irons for mid handicappers, they do very nicely for the higher handicappers. Low handicappers will always turn their nose up at the hybrids.

But if the thought of hitting a long irons sends shivers up your spine, feel free to look into hybrids from 5 iron up and start your set at 6 iron down to pitching wedge. Mizuno also offer the Fli Hi long irons which are supremely easy to hit especially of a tee.

Things to consider with Mizuno irons

I started using Mizuno irons when I replaced my hand-me-down Spalding cavity backs. Using those cast metal cavity backs I got to about a 7 or 8 handicap.

Then I made the switch to my first ever FORGED club, a Mizuno Pro II muscle back blade. Back then, I really had no idea what I was buying, but they were second hand and cheap, and looked damn good.

I got down to scratch with those irons. But my point is not that you need to wait that long to move to a forged club or a Mizuno club at all. You can go to Mizuno at any time because there is such a wide range of irons now - not just blades or forged clubs.

Mizuno make cavity backs which will be the most forgiving. They also make a muscle back iron which is a more forgiving "kind-of" blade. Then they make pure blades which are of course, the clubs more advanced players like to use.

You can even blend sets nowadays to have cavity backs in your long irons and blades or muscle backs in your short irons for precision.

Mizuno have a wide range of clubs that suit low, mid and high handicappers, but what makes them so good is that no matter which "level" of club you purchase, when you get down to a low handicap, you can still keep playing even their most forgiving clubs without that feeling that you need to upgrade.

It's what makes Mizuno some of the best irons for amateur golfers who want to feel like true playas. Their clubs look stylish and always look like they are for more advanced players than they are.

The Hot Metal range is the forgiving iron, cast and not forged, cavity backs. For better players there is the elite cavity back and muscle back range.  These MP irons are buttery soft. In between are the cavity backed JPX range to give you the best of both worlds.

Another thing to consider is how cult like Mizuno is. A lot of people once they go Mizuno, they never play another iron. I've moved onto Srixon myself, but Steve, from my channel has had the same set of Mizunos for 20 years.

He loves his Mizuno set so much that he has a back-up set in case this one gets lost or breaks.

Mizuno is a tough one, but their latest models always come in different skill level irons.

You'll find the Hot Metal range in your category if you're a high handicapper and the MMC ranges in the mid handicap range. You'll find a good balance between the two in the JPX range.

Whatever you choose, with the correct shaft, you'll probably be a fanboy in no time.