The Ping G425 Max is extremely forgiving and very consistent. Ping have managed to make genuine improvements to the famous G400 and G410 models, with increased distance and enhanced feel.

Having come from an older generation driver in the TaylorMade R9, I like there feeling of a heavier face. The Ping G425 Max met this requirement and it gives me a great amount of confidence in where the clubhead is during my swing. Newer "speed" oriented drivers always feel too light for me, and this affected my dispersion in testing.

My dispersion with the G425 was much tighter than with the R9 with a more consistent distance. Mishits seem to go as far is good strikes which works for me! My dispersion number might be better due to the loft (10.5) and shaft combo, but for me it's mainly about confidence. I just feel like this club is going to go straight for me. 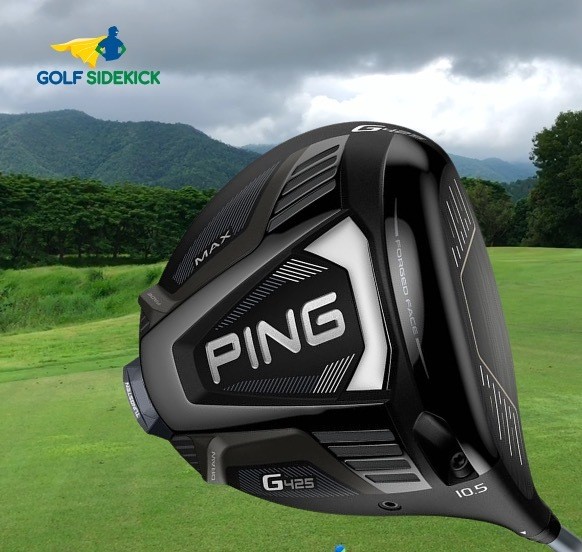 I have to say, I'm not the biggest fan of the Ping turbulators on the top of the driver, but I have gotten used to them. They do frame the ball up nicely and the matte finish reduces glare. It's visually a much bigger head than I had with my r9 and this again just inspires more confidence when I tee the ball up.

As you would expect from a Ping driver, it's pretty loud! Again, this isn't necessarily to my taste, but it is kind of reassuring when you smash a drive to hear something like a gun going off! I did find that at slower speeds, the sound wasn't the best. I'll leave it at that.

Feel wise, this driver comes into its own. Like I mentioned above, the heavier face is a big plus for me and you really feel like you've hit the ball when you make contact. Off center strikes do give you some feedback, but this is the max model, so it's not necessarily a precision tool, designed to uncover every flaw in your game.

There’s a lot more feedback with this driver and I don’t feel like I have to hit it perfectly every time. The weight distribution is really nice and has continued to benefit me as my swing has become faster and is no longer over the top.

My dispersion is also way tighter now, I’ve never found so many fairways! I have always been prone to wayward drives but since changing to the Ping G425 Max my driving stats have improved so much. I maybe don’t hit it as far but that hasn’t matter as scoring has still improved.

What I would change about the Ping G425 Max

I wish the sound was a bit less clunky and quieter, it's really loud. I get that Ping are always trying to recreate that Ping sound, but if you swing with lower speeds, it creates a low pitched sort of ring that it noticeably worse than other companies drivers.